Looking into an intelligent cloud future

Do you know what IT will be doing 10 years from now? I can anticipate a few patterns that will remain, but for the most part, we tend to have short attention spans when it comes to technology. Ten years from now I suspect we’ll be focused on a whole new set of technologies and hyped trends, but it’s clear that we’ll do so in the context of the cloud-enabled enterprise.

If you went back in time 10 years, I suspect most CIOs wouldn’t have predicted that cloud computing would make such a profound impact on the enterprise. I sat in many meetings in 2009 and heard “over my dead body,” and “we’ll never run systems outside of our firewalls.” They’ve come a long way from those statements, and many of those early “cloud deniers” were fired or retired, or, better yet, “their thinking evolved.” Now we have about 20 percent to 30 percent of workloads and data migrated to the public cloud.

[ Keep up with the latest developments in software development, cloud computing, data analytics, and machine learning with the InfoWorld Daily newsletter ]

That said, I’m noticing indicators of a couple things that most enterprises won’t see coming. So, what will be unexpected in 2029? Here are some initial thoughts. 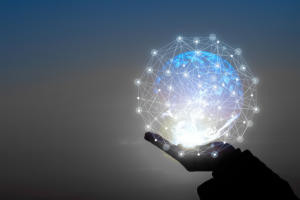 Simplify the development, management, and security of your hybrid cloud.

Self-balancing deployment models. Now we have public clouds, private clouds, traditional on-premises systems, edge-based computing, and more, and all these platforms can run systems and store data. The platforms will have many more capabilities in 10 years, and thus the core question becomes, What do you run, where?

Hopefully, we’ll have self-migrating and self-balancing workloads figured out by next decade. Core enabling technology will determine where workloads and data sets should reside and move them there using automated back-end systems.

This means that when you deploy an application workload on any type of system, the workload will understand what resources are available to it and self-migrate to the most optimal available platform. Criteria for the platform of choice will include lowest costs, fastest performance, and location closest to the application and data consumers.

As we move more workloads into the public clouds and fewer traditional systems are around to be attacked, the hackers will change their focus to public cloud-based systems. We will address the problem using one of the last frontiers of cloud computing security: Security systems that punch back.

At some point, we won’t just block that address when an attack profile appears. We’ll actually launch a counterattack aimed at neutralizing the attacking systems. This means wiping the storage systems, saturating routers, and taking other punitive measures to make sure it’s more costly than it’s worth to attack our cloud systems.

If the consequences include thousands of dollars in lost productivity, lost software, and other disruptions, the cost/benefit of attacking other systems will become unattractive. Attacking the economic motivations will be more common in 2029, and darn satisfying to watch.